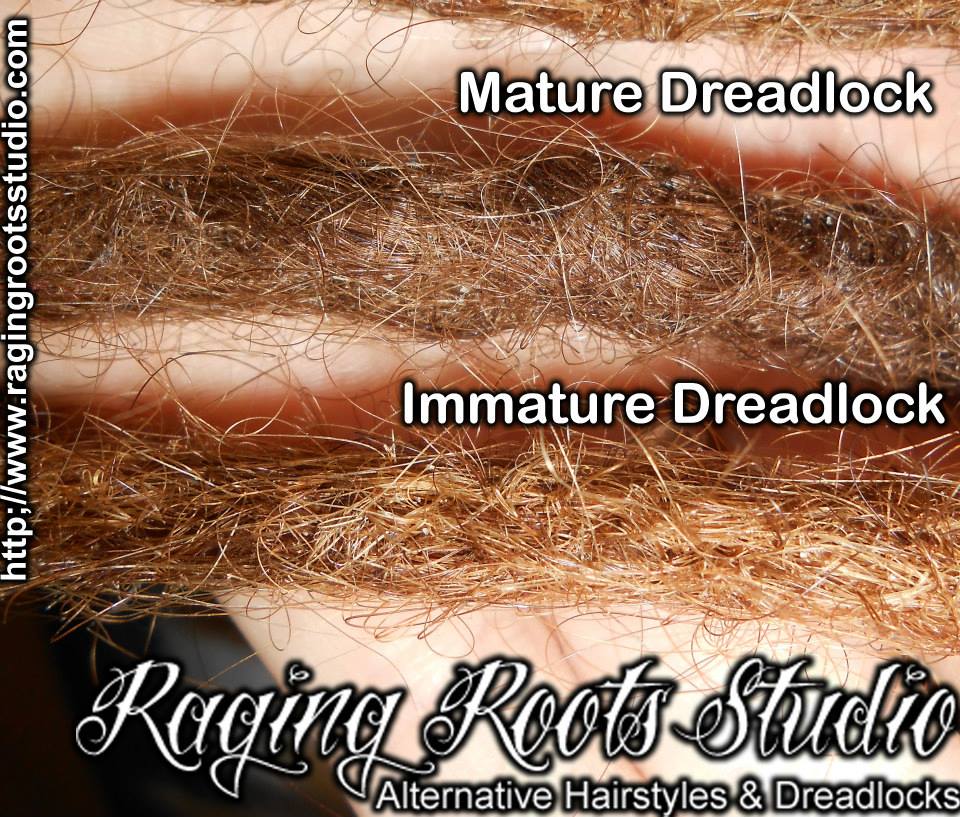 Within the dreadlock community there is a lot of terminology that is sometimes thrown around and not a whole lot out there to clarify what exactly that terminology means!

“Locked” is a term used to describe a dreadlock or set of dreadlocks that are completely knotted with few to no sections of loose, undreaded hair. The dreadlocks at the bottom of the photo to left is an example of a “locked” dreadlock.

“Mature” is a term used to describe a condition of the dreadlocks which is usually reached somewhere between the dreadlocks’ age of 18 and 36 months (depending on the way they were started, how/if they’ve been maintained, the hair type, etc.) As you can see by the photo at above left, “mature” dreadlocks, in addition to being “locked” have a smooth, matted appearance and typically feel dense and solid when squeezed than younger locks. (Everyone’s hair locks and matures differently; some end up denser than others.) Mature dreadlocks typically have very few loose hairs on the surface and usually the only loose/undreaded hair is found at the scalp where all the newer growth is found.

(But no matter how mature dreadlocks are, they always need to be maintained by keeping them clean and separate!)


Disclaimer: The advice and suggestions on this website are not intended to replace the medical advice of a licensed doctor or dermatologist. Please consult a medical professional for best results.
Email Us!
text only - (860) 874-6660

All Services By Appointment Only!